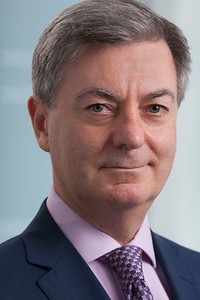 Before joining Relmada, Dr. Traversa was the co-founder and CEO of Medeor Inc. a spinoff pharmaceutical company from Cornell University. Dr. Traversa has over twenty-five years of experience in the healthcare sector in the United States and Europe, ranging from management positions in the pharmaceutical industry to investing and strategic advisory roles. He has held financial analyst, portfolio management and strategic advisory positions at large U.S. investment firms specializing in healthcare, including Mehta and Isaly and Mehta partners, ING Barings, Merlin BioMed and Rx Capital. Dr. Traversa was a founding partner of Ardana Capital, a pharmaceutical and biotechnology investment advisory firm. In Europe, he held the position of Area Manager for Southern Europe of Therakos Inc., a cancer and immunology division of Johnson & Johnson. Prior to Therakos, Dr. Traversa was at Eli Lilly, where he served as Marketing Manager of the Hospital Business Unit. He was also a member of the CNS team at Eli Lilly, where he participated in the launch of Prozac and the early development of Zyprexa and Cymbalta. Dr. Traversa started his career as a sales representative at Farmitalia Carlo Erba, the largest pharmaceutical company in Italy later sold to Pharmacia and now part of Pfizer. Dr. Traversa holds a Laurea degree in Pharmacy from the University of Turin (Italy) and an MBA in Finance and International Business from the New York University Leonard Stern School of Business. 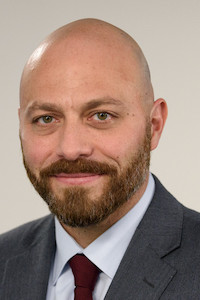 Dr. Vitolo is a neuropsychiatrist and researcher with extensive pre-clinical and clinical research experience in both academic and industry settings. Previously he held positions of increasing responsibility at Pfizer, including senior medical director and head of neuromuscular clinical research leading the clinical development of programs on Duchenne muscular dystrophy, Huntington's disease, chronic inflammatory demyelinating polyradiculoneuropathy (CIDP) and Friedreich's ataxia. His clinical research experience includes psychiatric conditions such as depression, schizophrenia and Alzheimer's disease. He was also formerly associate medical director of discovery research at Shire Human Genetic Therapies and vice president for clinical development at Homology Medicines, Inc., a biotechnology company focused on gene therapy and gene editing for rare diseases. He is currently assistant psychiatrist at Massachusetts General Hospital and an instructor in psychiatry at Harvard Medical School. 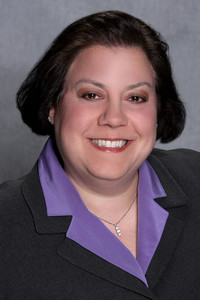 Ms. DiGuglielmo comes to Relmada with over 30 years of experience in clinical operations, both in pharmaceutical companies and contract research organizations. She managed and oversaw the execution of numerous clinical trials from Phase 1 studies to multinational, multicenter Phase 3 studies. Before joining Relmada, Ms. DiGuglielmo worked as a consultant for various biotechnology companies and held positions of increasing responsibility at Novartis, Bayer, Johnson & Johnson, Roche and Covance. She is a graduate of Fordham University with a B.S. degree in chemistry.

Maged Shenouda previously served as CFO and Executive Vice President of Corporate Development for AzurRx BioPharma, Inc.  Prior to his tenure at AzurRx, Mr. Shenouda was Senior Vice President and Head of Business Development and Licensing at Retrophin, Inc.  Before this, Mr. Shenouda spent the bulk of his career on Wall Street as an equity research analyst.   He held senior level positions at UBS, JP Morgan and Stifel Nicolaus, covering a broad range of small and large capitalization biotechnology companies. Mr. Shenouda started his sell-side equity research career at Citigroup and Bear Stearns where his coverage universe focused on U.S and European pharmaceutical companies. Before entering Wall Street, he was a management consultant with PricewaterhouseCoopers Pharmaceutical Consulting practice and also spent time in pharmaceutical sales, having worked as a hospital representative and managed care specialist for Abbott Laboratories Pharmaceutical Products Division. He earned a B.S. in Pharmacy from St. John's University and is a registered pharmacist in New Jersey and California. He also received an M.B.A from Rutgers Graduate School of Management. 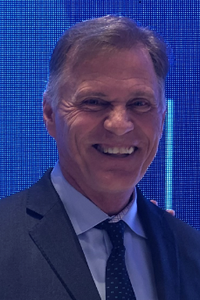 Charles Ence is currently our Chief Accounting and Compliance Officer. From August 2003 until June 2019, Mr. Ence was Chief Financial Officer/Corporate Controller of New Age Beverages Corp/Xing Beverages, LLC located in Denver, Colorado. He managed all the financial affairs of New Age and their other portfolio companies helping lead the firm into becoming one of the top 100 non-alcoholic beverage companies worldwide. He helped guide the expansion of the business to ultimately penetration of 46 states domestically and 10 countries internationally, with consistent growth and profitability throughout his tenure. Mr. Ence was also instrumental in successfully uplisting the company onto the NASDAQ capital market. Prior to New Age, Mr. Ence was a senior executive, Planning Manager and Director of Finance for Quantum Corp. Following Quantum he served as a Director of Finance and Investor Relations at On Command Corp. Mr. Ence began his career at PepsiCo. During his 12 years at PepsiCo, Mr. Ence served as a financial analyst, planning supervisor, planning and analysis manager and ultimately controller.