REL-1017 is thought to work through a selective, preferential block of hyperactive channels that may be associated with MDD.

REL-1017 has been shown to preferentially block hyperactive GluN1-GluN2D NMDARs1. These channels are situated within the membrane of neurons and receive signals via glutamate, a neurotransmitter. NMDA stands for N-methyl-D-aspartate, a chemical able to open the channel similarly to the physiological neurotransmitter glutamate.

NMDARs are known to have a role in depression, as well as in normal physiological functions. Blocking hyperactive NMDAR channels represents a novel approach to rapidly treating depression with a mechanism that is different from standard serotoninergic antidepressants.

As stated by the US Drug Enforcement Agency (DEA), esmethadone lacks significant respiratory depressant action and addiction liability3. In addition to blocking hyperactive open NMDAR channels, REL-1017 has been shown to potentially increase plasma levels of BDNF in humans4 and induce neural plasticity in animal models of depression5.

Relmada has built a strong intellectual property position around REL-1017, with key patent protections extending into the mid-2030s. The Reliance Clinical Research Program is ongoing, and is designed to evaluate the safety and efficacy of REL-1017 as a treatment for MDD. If you are a physician or a person living with depression who would like to learn more about the Reliance program, please contact: clinicaltrials@relmada.com 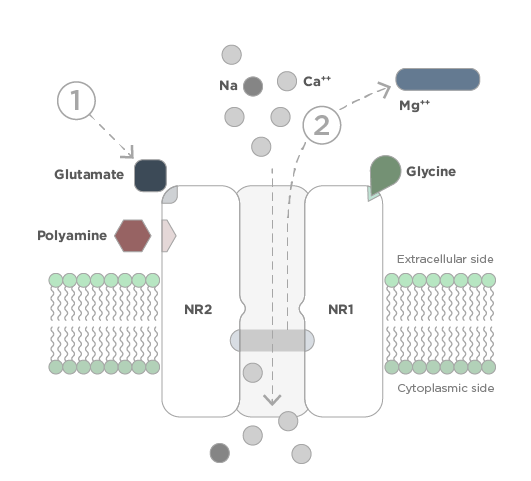 (1) Presynaptic release of glutamate causes neuronal membrane depolarization and release of the physiologic magnesium block (2). Sodium and calcium flow into the neuron. Calcium is especially relevant because if the channel remains open too long it can cause functional impairment and even death of the neuron (apoptosis). 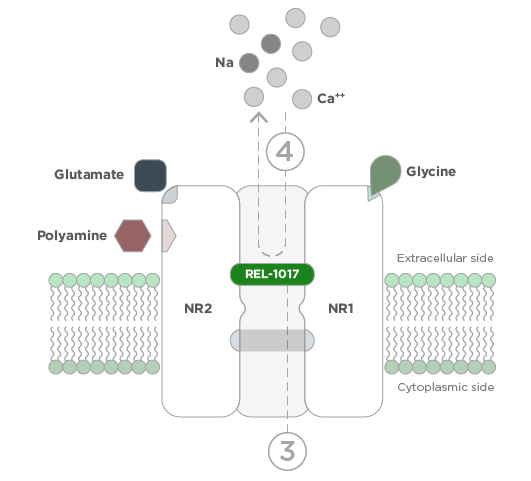 As soon as excess calcium entry is stopped, the functions of the neuron are re-instituted, including the production of BDNF and synaptic proteins (neural plasticity) 3,4, potentially restoring neuronal circuits essential for mental health2.